Is School Choice a Trojan Horse for Homeschooling? 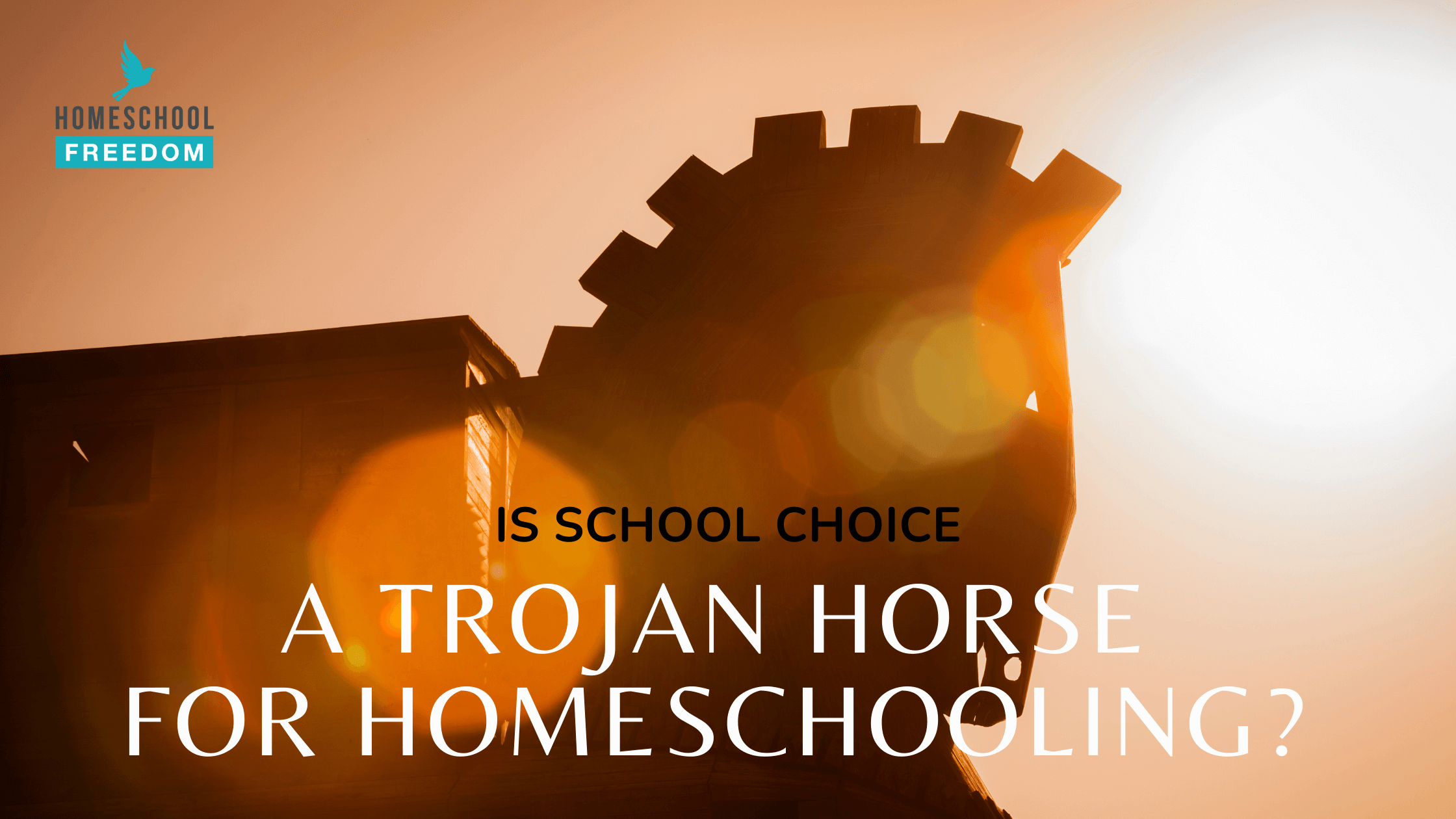 The Alliance, a nonprofit association that supports homeschool organizations, produced the film Exposing a Trojan Horse in 2008. It dealt, on a theoretical level with various issues related to homeschooling families taking government money – tax dollars – for educating their children or enrolling their children in certain “school choice programs.” The film’s producers held that parents would pay a hidden price to participate in these programs. Some predicted that public-school-at-home programs would dilute or compromise the freedoms or philosophical strengths of homeschooling (i.e., private parent-led family-based education). Some predicted that certain government/tax-sponsored schooling at home would decrease the portion of families engaging in home-based private education. Many in the homeschool movement have perceived tax-funded home-based schooling and certain “school choice” initiatives as a Trojan horse in the midst of the homeschool community.

Similarly, the Home School Legal Defense Association (HSLDA) warned parents in 2002 about certain public charter schools being a Trojan Horse. The HSLDA explained to its readers the following:

The Alliance and HSLDA had little to no empirical research to support their claims and concerns. Recently, however, scholars Corey DeAngelis and Angela Dills published their study entitled, “Is School Choice a ‘Trojan Horse?’ The Effects of School Choice Laws on Homeschool Prevalence.”